When Keller Dover’s (Hugh Jackman) six-year-old daughter and her young friend are kidnapped on Thanksgiving, he decides to take matters into his own hands. After the sole suspect, Alex Jones (Paul Dano), is detained and subsequently cut loose due to insufficient evidence, Dover takes him captive in an attempt to find out what he did with the girls, who he believes are still alive. But the further he goes to get the man to confess, the closer he comes to losing his soul.

Owen Gleiberman of Entertainment Weekly writes, “Prisoners is a dazzlingly potent, ambitious, and complex movie – a film that forces you to ask questions that have no easy answers. At its heart is something primitive and elemental and gripping.” BoxOffice.com predicts that Prisoners will earn around $21M in its opening weekend. 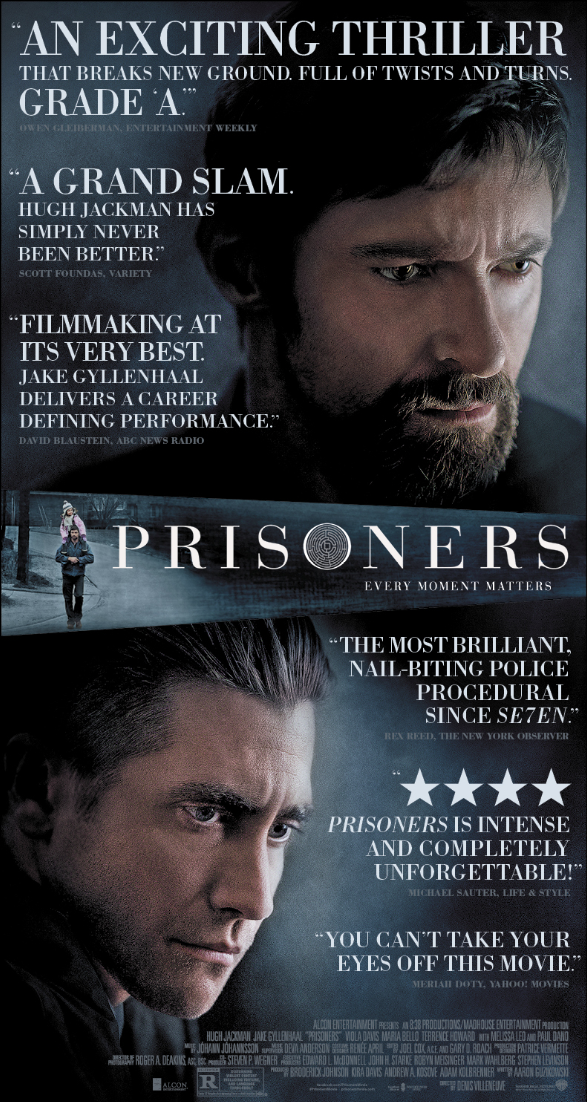